Get fresh music recommendations delivered to your inbox every Friday.

Defending Christmas (Who called the cops on Santa Claus) 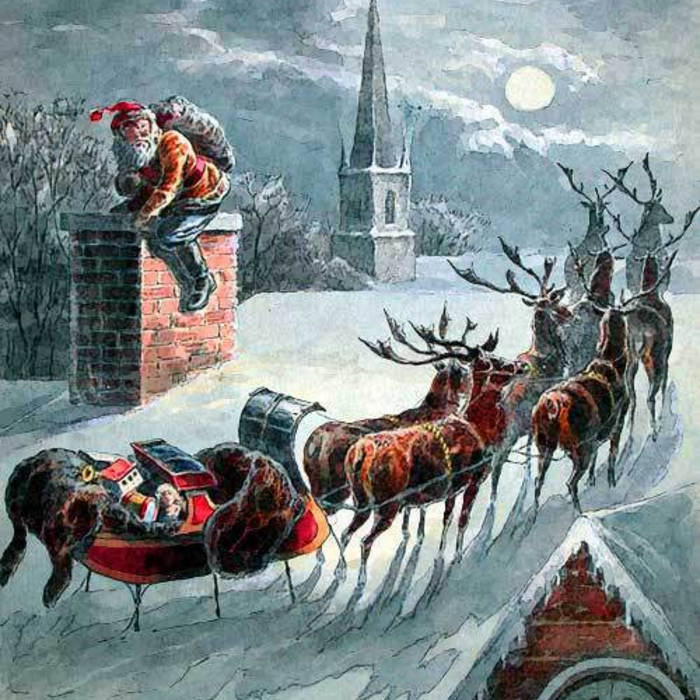 Released with just a day left in the Hotels and Highways Kickstarter campaign, this is both a gift to contributors as well as a heads up that we are still looking to raise funds for 24 more hours to help pay for a publicist.

I don't know what to believe
Fat man in Handcuffs, or reindeer getting towed down the street
Is nothing sacred anymore
Whatcha gonna tell the kids when they wake up in the morning

(Chorus) Who calls the cops on Santa Claus,
Please don't put the holidays in the hands of the law
Somebody wake up a judge
'Twas the night before
And we're Defending Christmas

Mr. Claus you are under oath so please tell the truth
December 24th were you standing on this man's roof?
Obection your honor got to keep this man from becoming a myth
Please, tell Saint Nick to plead the fifth

(Chorus)
Just then, two little tots, still in their jammies
Crawled up on the stand and stared straight at me
If it pleases the court, we've got Santa's alibi
He was with us at that hour singing silent night

Everybody in the court knew that these couldn't be the facts but
A hundred other kids were lined up to take the very same action
The judge grabbed his gavel and said this case is dismissed
Mr. Claus you better hit the road, you don't want to miss Christmas

released December 23, 2010
Wrote and Recorded within 2 weeks thanks to these lovely guys-

Bandcamp Daily  your guide to the world of Bandcamp